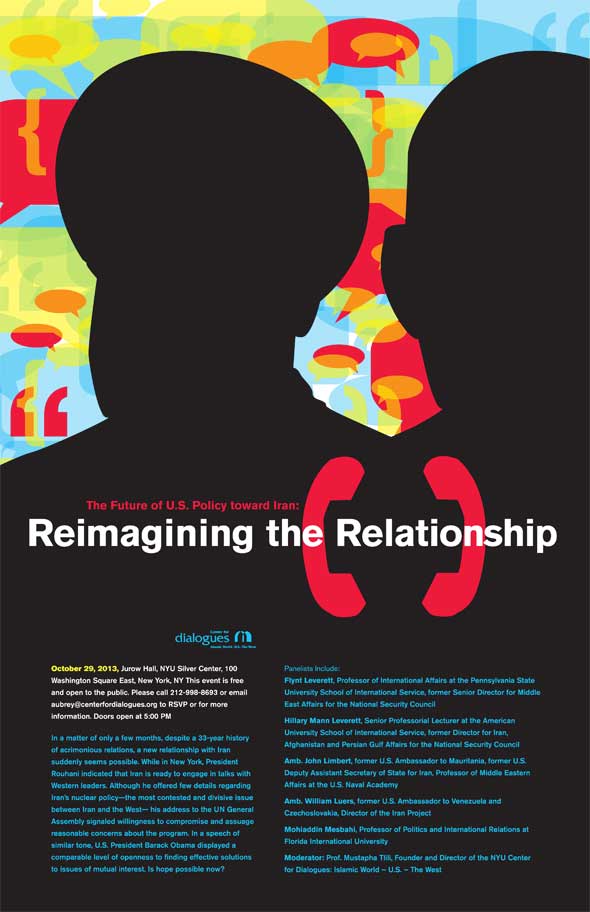 In a matter of only a few months, despite a 33-year history of acrimonious relations, a new relationship with Iran suddenly seems possible. While in New York, President Rouhani indicated that Iran is ready to engage in talks with Western leaders. Although he offered few details regarding Iran’s nuclear policy—the most contested and divisive issue between Iran and the West— his address to the UN General Assembly signaled willingness to compromise and assuage reasonable concerns about the program. In a speech of similar tone, U.S. President Barack Obama displayed a comparable level of openness to finding effective solutions to issues of mutual interest. Is hope possible now?

This event is free and open to the public.
/p>

Please call 212-998-8693 or email aubrey@centerfordialogues.org to RSVP or for more information.